by Sam Giltrow on 12th February 2019 in Latest News 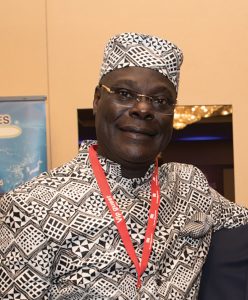 Mixing football with ship supply may not be an obvious choice unless you are ISSA Executive Vice President Mr Kouame Aduo Luc who has seen his love of the game result in him being elected as a senior member of the Ivory Coast team organising the 2023 Africa Cup of Nations.

Apart from overseeing the International Shipsuppliers & Services Association’s interests in Africa, Kouame Aduo Luc is also President of the Ivory Coast Premier Division club Stade d’Abidjan, and it is the sterling work he has undertaken here that has seen him elected as a Vice President of Cocan 2021, organisers of the football tournament.

The Ivory Coast was awarded the 2023 tournament instead of 2021 after Cameroon, which was stripped of the right to hold this year’s tournament, was chosen to stage the event in 2021. Ivory Coast will delay its hosting by two years and Guinea, initially chosen as 2023 host, will have the tournament in 2025. A total of 24 teams are expected to compete for the Cup in 2023.

Among his many responsibilities, Kouame Aduo Luc, who has been involved in the football industry for nearly 48 years, will oversee much of the infrastructure surrounding the event such as construction of the hotels, roads, airports and the stadia as well as the supply of food.

“I am delighted to have been asked to play a part in bringing this global tournament to The Ivory Coast in 2023. Football is very important to Africa and we look forward to producing an event of world class proportions. I am also proud for ISSA. Africa is an important ship supply market and to have the association linked to a global event like the Africa Cup of Nations can only be great news,” he said.