by Sam Giltrow on 23rd October 2020 in Latest News 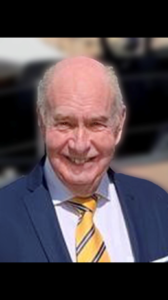 After a long illness, John Blom the owner and founder of NeKo Ship Supply, passed away on 21st October at the age 72.

John left his mark in the Ship Chandler Industry with a career of more than 50 years. He started at Aug. Kopcke & Co in the 1970s and in 2002 he crafted the NeKo Ship Supply Group where his knowledge and passion played a crucial role in the success and the development of the company, leading it to become one of the leading ship chandlers in Northern Europe. He attended many ISSA conventions and until his death he was the very involved chairman of the Dutch Ship Suppliers Association

Eric Bezemer, Commercial Director, NeKo Ship Supply, said: “John was a highly competent leader and his sense of humour and positivity will be sadly missed. Our deepest condolences and thoughts go out to John’s family and friends, in particular his wife Tineke and his stepsons Brandon and Donny.”