President of Palfinger Marine steps down 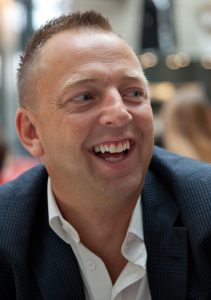 Styrk Bekkenes, President of Palfinger Marine, has stepped down from his position, leaving the helm to his successors, it was announced today (Thursday).

“With the strengths that lie within the company, both in terms of personnel and products, Palfinger Marine is very well positioned to be the preferred supplier of cranes, lifesaving equipment and winches for vessels and installations worldwide. Furthermore, the wide range of segments that we cover mean that the company is more prepared than ever before to cater for variations in activities between the different markets we operate in,” said Mr Bekkenes (pictured).

“With Palfinger Marine in such a position, I feel that the time is right for me to step down and seek new challenges. I’m incredibly grateful for the time I’ve had in the company and for all the great colleagues who I’ve been lucky enough to work and cooperate with.”

Coming from the role of CEO of Harding Safety, Mr Bekkenes has been the President of Palfinger Marine since January of this year. Prior to this he was part of a leadership-sharing arrangement in Palfinger Marine following the acquisition of Harding in 2016.

Mr Bekkenes has spent most of his time as President of Palfinger Marine amalgamating and integrating the company’s several acquisitions in order to create one strong supplier of deck equipment.

In a statement, CEO of PALFINGER Herbert Ortner said he would like to offer his sincerest thanks to Mr Bekkenes for his great contribution and would like to wish him all the best in his future endeavours.