by Sam Giltrow on 6th September 2017 in Latest News 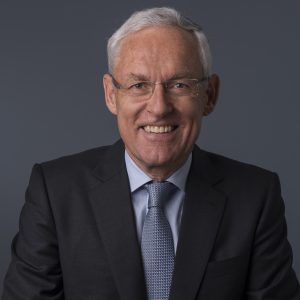 “The industry may collectively need to spend around 100 billion US dollars in order to install the new ballast water treatment systems that will be required by law.  We therefore have to get this right,” asserted Esben Poulsson, Chairman of the International Chamber of Shipping (ICS).

Mr Poulsson (pictured) has called on ship owners, equipment manufacturers and governments to co-operate to ensure that proper implementation of this significant new regulatory regime will deliver maximum environment benefit: “We need to ensure, so far as practicable, that the systems installed on ships will indeed be fit for purpose in all known operating conditions worldwide.  We are therefore advising shipping companies that they should make it clear to equipment manufacturers they will only consider fitting treatment systems which have been certified in accordance with the revised IMO type-approval standards adopted in 2016, even though this is not yet a mandatory requirement.”

ICS has welcomed the important decision, made by IMO in July, to adjust the implementation dates of the Convention, so that existing ships (i.e. ships constructed before 8th September) will not be required to install treatment systems until the date of their first International Oil Pollution Prevention (IOPP) renewal survey after 8th September 2019.

“We acknowledge the pragmatic approach to implementation taken by IMO Member States who accepted the arguments made by ICS and other industry associations that there is little logic, from an environmental protection standpoint, in requiring thousands of ships to comply until they can be fitted with systems that have been approved under the more stringent standards” explained Mr Poulsson.

“Ship owners must make full use of this additional time to identify and invest in far more robust technology to the benefit of the environment,” Mr Poulsson said.  “And in view of the significant concessions that IMO has now made in response to the industry’s representations, shipping companies should not anticipate any further relaxation to the implementation schedule.”

ICS believes that as a result of the industry’s intensive efforts to explain its implementation challenges to regulators, ship owners will hopefully now have the clarity needed to get on with the job.

ICS was previously ambivalent about encouraging flag states to ratify the BWM Convention in advance of some serious implementation issues being fully resolved.  But now that the Convention is at the point of entry into force, and in recognition of the actions agreed by IMO, ICS is now encouraging all IMO Member States to ratify as soon as possible.