Keeping biofouling at bay in times of crisis

by Sam Giltrow on 24th September 2020 in Latest News 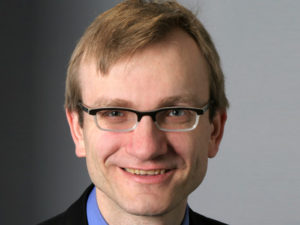 Few could have predicted the seismic effect COVID-19 would have on the shipping industry throughout 2020. Travel restrictions and a period of decreased demand for goods plunged thousands of ships into idle mode. As most people will know, any submerged structure that is static for any period will begin to accumulate a thin layer of slime-like substance. Then, on top of this layer, other marine organisms accumulate in a vicious cycle. This is ‘biofouling’ and represents one of the most caustic corroders of vessel efficiency and performance. Many factors influence the rate at which biofouling accumulates on a ship hull and in its niche areas. However, biofouling rates are almost definitely accelerated when a vessel is sat still in the water, particularly if that water is warm, which promotes higher densities of fouling organisms.

Whether it is the accumulation of micro (soft – algae and bacterial slime) or macro (hard shell building creatures such as barnacles) biofouling on a ship’s hull increases the frictional resistance when water flows across the hull surface. This added frictional resistance increases the amount of fuel required for a vessel to maintain the same speed through water, or for ships operating on fixed shaft power, speed losses are the penalty.

One commonly cited statistic in the marine coatings sector comes from a 2007 study written by Michael P Schultz[1] – “a vessel travelling at 15 knots with a ‘small amount of fouling or weeds’ would require 34% more engine power to maintain a speed of 15 knots, whereas a vessel going at 30 knots with the same amount of fouling will require 22% more power to keep its speed.” Although this particular study is for a naval frigate, the statistics can be applied for cargo ships as well.

Barnacles are a significant contributor to increased fuel bills and emissions if they are allowed to accumulate uncontrollably on a hull. However, as an organism that can only anchor to a hull when a ship is static, the greater idling of ships during the global pandemic will manifest as significant barnacle fouling problems for ships idling without adequate protection.

Ships hulls as a vector for invasive aquatic species transfer between different ecosystems, posing a significant risk to local biodiversity. Consequently, ships with a fouled hull run the risk of being denied entry to regional ports that take a tough approach to biofouling until the hull is cleaned and free from biological hitchhikers.  Certain countries are already taking a hard-line approach to the fouling condition of hulls, moving beyond what is expected by the IMO’s non-mandatory biofouling guidelines. New Zealand, for example, in 2017 denied the entry of the bulk carrier DL Marigold into one of the country’s ports, demanding that the vessel sail to another port to be cleaned before it could return to dock in New Zealand.

In time, we expect this attitude to spread to a greater number of regions and even, perhaps, on an international level, spurred on by the establishment of the GloFouling project by the IMO in 2017.

Despite the risks of hard fouling has to the commercial integrity of vessels, very little is known about the extent of the issue on a global scale. It is usually the case that individual vessel and fleet owners and managers will know how much of an issue it is to them if they are unlucky enough to have vessels in the fleet suffering from barnacle fouling, but data around the subject is sparse.

The 249-ship sample analysed included all vessel types with a wide range of trading activity, coated with biocidal and foul release antifouling coatings of different grades and generations.

This is alarming when considering the findings reveal that we can assume that between 2015-19, at any one time approximately half of the global shipping fleet is operating with unacceptable levels of barnacle fouling. However, when factoring in data from another Schultz[2] that assessed further the impact of biofouling on individual vessels. Factoring in this data along with our finding of the how many vessels have at least 10% of fouling, the shipping industry could be adding $6bn to its global bunker bill. Perhaps more worryingly, it could be responsible for an additional 110 million tonnes onto shipping’s carbon footprint.

What is even more worrying is that given this data was collected during a relatively normal time window for the shipping industry when it was not facing the disruption and high levels of idling encountered so far in 2020. Given the higher prevalence of idle ships we have seen and are likely to continue while the pandemic rages on, when we run this study again in early 2021 to examine vessels in dry dock during 2020 the figures for barnacle fouling will very likely spike significantly.

With the industry still facing its looming IMO 2050 GHG reduction targets, these findings should serve as a reminder that a clean hull should be the first step of a fleet’s decarbonisation strategy.

However, there is a significant amount of debate amongst owners about the best approach towards achieving a clean hull. Arguably, the best start point is to take a robust preventative approach concerning antifouling technology within marine coatings. The best steps can be to examine an antifouling technology mix within an antifouling that is suitable for the vessel type, activity and trading patterns but that also offers an insurance of offering extended static protection against barnacle fouling during unexpected long idle periods.

To achieve this, a key detail for ship owners is to examine is the idle period guarantees. Long idle periods are a challenge for foul-release and biocidal coatings, for which an idle guarantee of 14-21 days is the most common scenario. However, given the conditions we’ve seen lately, owners should be considering antifouling coatings 30-day periods, something that is enabled by the presence of Selektope® in a coating. This can also be considered alongside prospective operating geography for their vessels, especially if they foresee operating and idling in warmer, tropical waters, which are well-known barnacle fouling hotspots.

[1] Schultz, Effects of coating roughness and biofouling on ship resistance and powering, Biofouling 2007