by Sam Giltrow on 8th August 2017 in Latest News 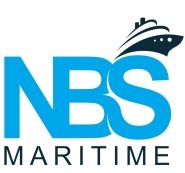 NBS Ship Supply is part of NBS Group of companies, which includes also NBS Maritime in Bulgaria, Romania, and the Netherlands. The company has operated in Turkey since 2015 and serves vessels at all Turkish ports and ship yards.

Membership in the association is not only a testimony of the high standard of service of NBS Ship Supply Turkey, but it will also facilitate the company’s impact in discussion on the issues, pertaining to the Turkish ship suppliers sector. Following the enrolment in TURSSA, NBS Ship Supply Turkey was approved as a member by the International Shipsuppliers & Services Association (ISSA).

The founder and CEO of NBS Group of companies, Alexander Alexandrov, said: “Congratulations to our colleagues in NBS Turkey. We are proud to join ISSA and the Turkish Ship Suppliers Association and, organisations with strong values and active involvement in the sector. We share the same commitment to the principles of good business practices and ethics. We strongly believe that TURSSA as a national association and ISSA as an international organization play an important role in the promotion and development of the ship supply sector.”

NBS Ship Supply will receive its membership certificate at the next meeting of TURSSA.