by Sam Giltrow on 11th January 2019 in Latest News 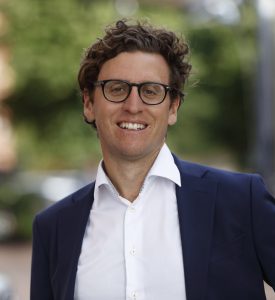 The largest single volume order received for the barnacle-repelling antifouling ingredient Selektope coupled with strong commercial developments in late 2018 will see the number of ships using Selektope-containing antifouling coatings more than double in 2019.

Placed by one of the industry’s leading marine coating manufacturers Chugoku Marine Paints (CMP) in December 2018, this follow up order fulfils CMP’s previous minimum commitments contained in supply agreements signed in early 2018. The order will be delivered during 2019 for use in CMP’s range of existing coating products containing Selektope that target both new building and dry-docking demands.

Selektope is an organic, non-metal compound that works to prevent barnacle fouling by temporarily activating the swimming behaviour of barnacle cyprid larvae, making it impossible for them to settle on the hull. The unique antifouling ingredient is characterised by its first-of-its-kind bio-repellent mode of action which has a non-fatal effect on the target organism. It offers paint manufacturers an alternative active agent for antifouling coatings that demonstrates high efficacy at extremely low concentrations, is ultra-low leaching and can deliver superior static performance against hard fouling.

Hundreds of ships have been coated with antifouling paints containing Selektope since the launch of the technology into the marine market. Large volume orders received by I-Tech AB for Selektope from global paint manufacturers not only confirm the increasing demand for the technology, but also the mainstream position of Selektope within the antifouling coatings market.

“Positive indications of the superior antifouling performance of antifouling coatings including Selektope on a wide range of ship types is driving the demand for our technology in the market. Performance results continue to demonstrate that Selektope-powered coatings can save fuel, cut emissions and reduce the risk of transferring invasive aquatic species; for all these reasons, confidence is increasing in our technology as a very attractive investment,” said Philip Chaabane (pictured), I-Tech CEO.