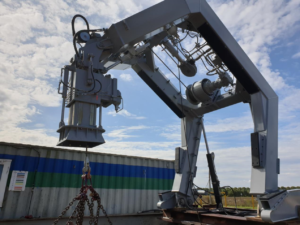 Secure transfer of work crews to carry out installation of offshore wind turbines is a critical factor that is driving high demand for Vestdavit’s docking-head davits.

Investments in this sector are set to take off over the coming years, according to the company’s Sales Manager William Goodall.

The Norwegian davit supplier has so far this year supplied more than a dozen of its unique modular docking head – an anti-pendulation device installed on a davit to counter swing motions of a boat during launch – to both the commercial and military markets that is already twice the tally sold in 2020.

The sudden surge in demand can be attributed largely to the need for safe and reliable davit launch systems for workboats servicing the offshore wind sector.

“Allied to the flexibility and reduced cost of the Vestdavit docking head, this is making it more attractive to navies and coast guards mainly in Eastern Europe and South East Asia.” Said Mr Goodall.

He also sees burgeoning davit demand from other parts of the world as wind farm projects move forward from countries including the USA, South Korea and China.

“A docking head is a vital element in safe deployment of humans and equipment in workboats from the davit of a support vessel employed on such projects,” he explains.

Vestdavit is now building on its success in supplying docking-head davits to the French Navy and coast guard that typically use them for launch of fast rescue or interceptor craft for boarding operations. 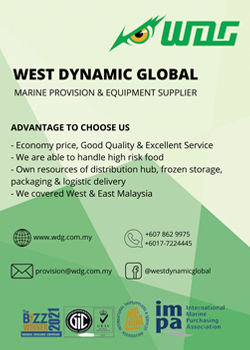 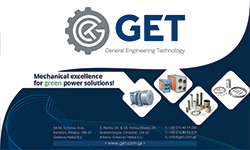