by Julian Berry on 5th March 2020 in Latest News 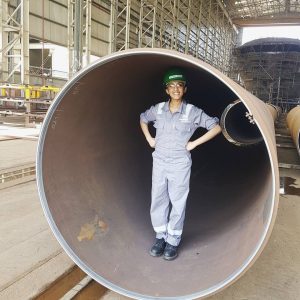 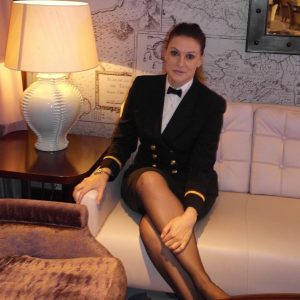 As International Women’s Day approaches, one of the world’s leading maritime companies is breaking the mould of a traditionally male dominated sector.

V.Group, which provides ship management and marine support services to ship owners and operators around the world, employs 47,000 people in onshore and offshore roles.

In a sector where women represent only two per cent of the world’s 1.2 million maritime workforce and just 1 per cent of seafarers (Source: International Maritime Organisation), the company is leading the way with a 51/49 per cent split among its onshore team.

However, senior management believe there is still progress to be made offshore, especially as demand for seafarers is outstripping available resources.

“Our gender split is impressive and has been achieved by creating an environment and culture that’s committed to fairness, equality and inclusion.

“That said, just 3 per cent of our seafarers are female. Although this is three times the industry average, there’s clearly still a job to be done.

“Global demand for seafarers is increasing but supply is decreasing so it’s an ideal time for women considering their career choices to think about the maritime sector.”

V.Group has many impressive female role models, including Captain Maria Kristina Javellana who became the first Filipina woman to take command of a merchant vessel in May 2017.

She was attracted to the sector for a number of reasons, “Global travel, unexpected challenges, working with people from different cultures and an attractive salary.”

Several others have made the transition from sea to shore, including Adriana Woodcock, who is a HSEQ Performance Analyst.  Responsible for ensuring safety aboard vessels, she says:

“I’ve had an amazing career and thoroughly recommend joining the maritime industry.  Seafarers have a great work ethic. No two days are ever the same which makes it really exciting.  Life at sea is really fast paced so when I moved ashore, I had to adjust but still love it.

“Anyone considering a life in the maritime industry has the possibility of a challenging but extremely rewarding career.  With the right attitude and willingness to learn, anyone can achieve anything and the sky’s the limit.”

While Nirmalaya Sohanroy, who is currently on the V.Group graduate programme, says:

“I have worked alongside many female engineers throughout my placement which has helped me appreciate that more females are choosing to join the maritime industry.  However, we need more female role models in order to benefit from diversity.”

← ERMA FIRST BWTS FIT OBTAINS USCG TYPE APPROVAL FOR BWTS USING HYDAC FILTERS
Crew members could be at risk as ships are being prevented from taking on supplies because of Coronavirus, says ISSA →